Portfolios > Going To Ravenna
The train had a rhythm of its own. It moved quickly
and then slowed down for a few minutes before
picking up speed again. The glimpses of life
beyond the train track were momentary. They
were sharp for a second and then all traces of the
scene disappeared as another took its place.

The Tuscan landscape is like no other. The sun seems
brighter there. It was mid day, and no one was outside. But not far from the train tracks were signs of the people
who lived nearby, who worked in the vineyards, who
lived in the red roofed houses and who had loved the
tall trees for generations. The train moved along, but
for a second one could imagine the lives that went
on outside its window before everything vanished. 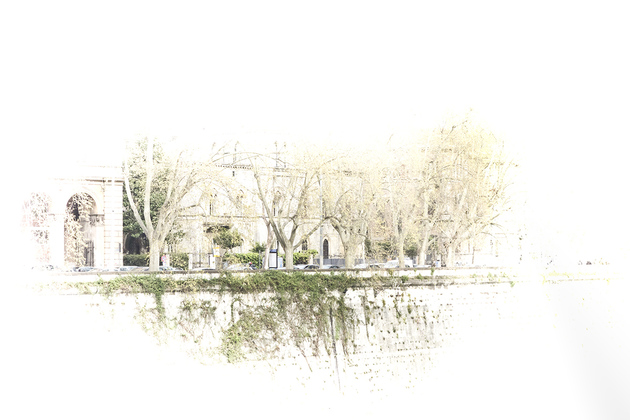